I had struggled with severe constipation all my life until I suddenly didn’t. I was hit with severe bouts of diarrhea and rectal bleeding in 2006 and was diagnosed with inflammatory bowel disease (IBD) at the age of 22. Since then, it’s been a roller coaster ride of diarrhea, anemia, surgeries and flare-ups. But in the midst of my IBD, what got buried was an irritable bowel syndrome (IBS) diagnosis that has been lurking since childhood.

After having over 20 surgeries for IBD in a seven-year timeframe and being put in a clinical trial, my Crohn’s was finally better controlled. However, I then began to struggle with alternating constipation and diarrhea as well as incomplete evacuation. In 2016, I was finally diagnosed with IBS-C. I was told that this diagnosis in IBD patients can be made via a process of elimination since my IBD was now in remission.

In addition to an overlap of IBS with IBD, I not only suffered from extreme constipation but gas began to come up and felt like it was taking over my body and my brain with brain fog.  I felt bloated without eating much, felt heartburn beyond belief and felt nauseous and lost my appetite most days. Instead of losing weight, I was gaining weight – bloat weight – while losing nutrition. Nothing felt right and I felt helpless. I remember thinking, “is this what remission from IBD looks like?”

During this time, I began to work extensively with my gastroenterologist and GI dietitian to come up with a diagnosis: they suspected small intestinal bacterial overgrowth (SIBO). I had 3 separate breath tests, none with great results, as it isn’t a foolproof test, but I had all the classic symptoms and I responded to diet changes and therapeutic options. So, by yet another process of elimination, I was diagnosed with SIBO. I worked with my dietitian to cut back any carbs and any sugar. Carbs were the bread and butter of my life as a permanent ostomate who had no colon and felt unable to digest most vegetables and fruit. My dietitian and I worked out ways to cut back safely but it was a rocky road to manage the carb detox and dehydration that kept hitting me. We finally came to an equilibrium and I managed the best I could for 2 years. 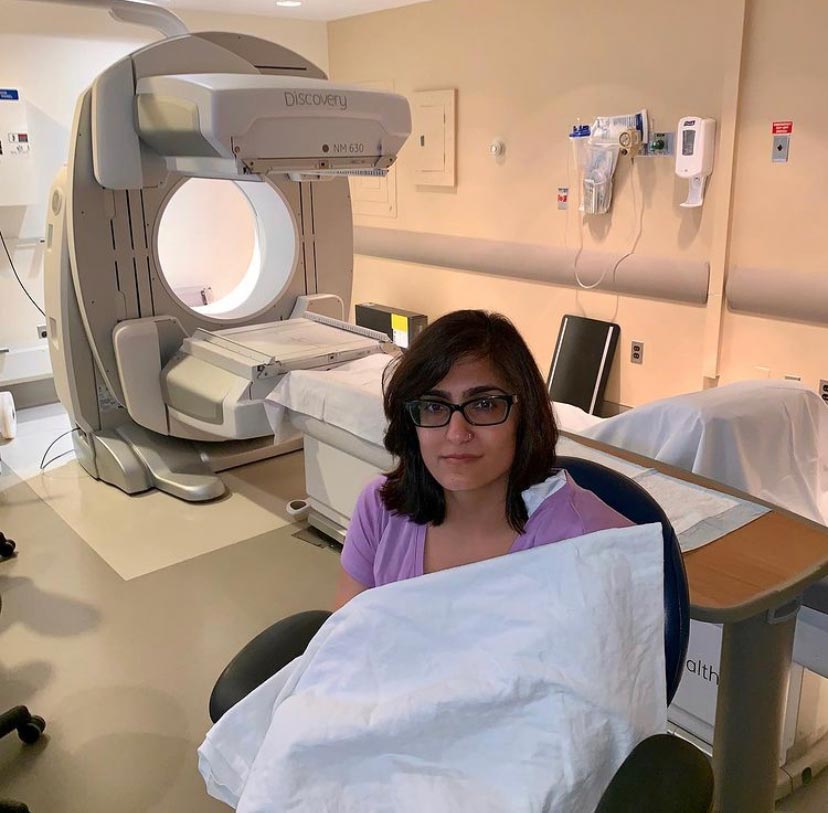 In 2018, all of that changed. Now I was starting to have obstructions in addition to all the SIBO and IBS symptoms. Plus nothing felt like it was digesting and I was vomiting a lot. I felt like I had no peristalsis left in my body to move stool out into my ostomy. When my bowels would finally move, it would all come out as an explosion and cause an ostomy leak. It was a very frustrating time and my doctor kept shrugging it off and prescribed Miralax. Month in and month out at follow-up visits, I complained to my IBD specialist so she finally referred me out to see a motility specialist.

And just like that, my hope renewed. I thought to myself, “this is it. We are finally going to figure out what’s wrong with me.” Nope, it didn’t quite happen that way. I saw two different male motility specialists who kept writing off my symptoms, saying ostomates don’t have such severe constipation. After months of complaining, one of them finally listened and ordered a gastric emptying study, which didn’t show any fair values for a person with altered gut transit times given my colectomy and ileostomy. After this test and no conclusive results, I felt completely dejected. I was upset, feeling unheard and invalidated in addition to feeling backed into a corner with no one believing me and no one helping me. 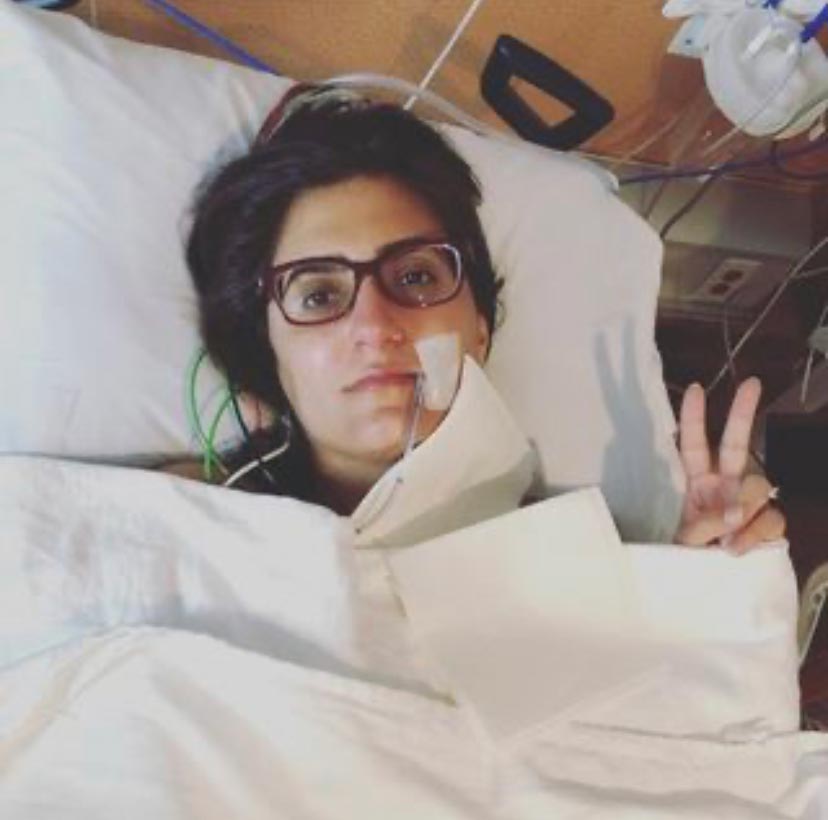 In May 2019 after the gastric emptying study, I reached out to my GI doctor at Mayo Clinic who had worked hard to get my IBD better controlled back in 2015. He told me to come to Rochester, MN, and they would get to the bottom of it. He suspected either gastroparesis or chronic intestinal pseudo obstruction (CIPO) and ordered an antroduodenal manometry.

The study was a very tough one for me. I had to have an endoscope placed without much sedation as using too much Versed and other sedatives could affect motility and give an inaccurate reading. The endoscope was placed with 15 electrodes in my stomach and the top of my small intestine for 8.5 hours or so while it measured the contractions and flow of my intestines as I ate snacks, a small meal and drank water.

From the results of that awful test, it was pretty clear to my doctor at Mayo Clinic that I had developed antral gastroparesis, which is a paralysis of the stomach at the bottom of my stomach. In gastroparesis, food doesn’t process or break down easily, you can feel nauseous and/or constipated as a result. The doctors explained to me that my many surgeries had altered my gut anatomy and ecology and resulted in me developing adhesions; they said all of these factors were likely the cause of my severe constipation and obstructions at this juncture. 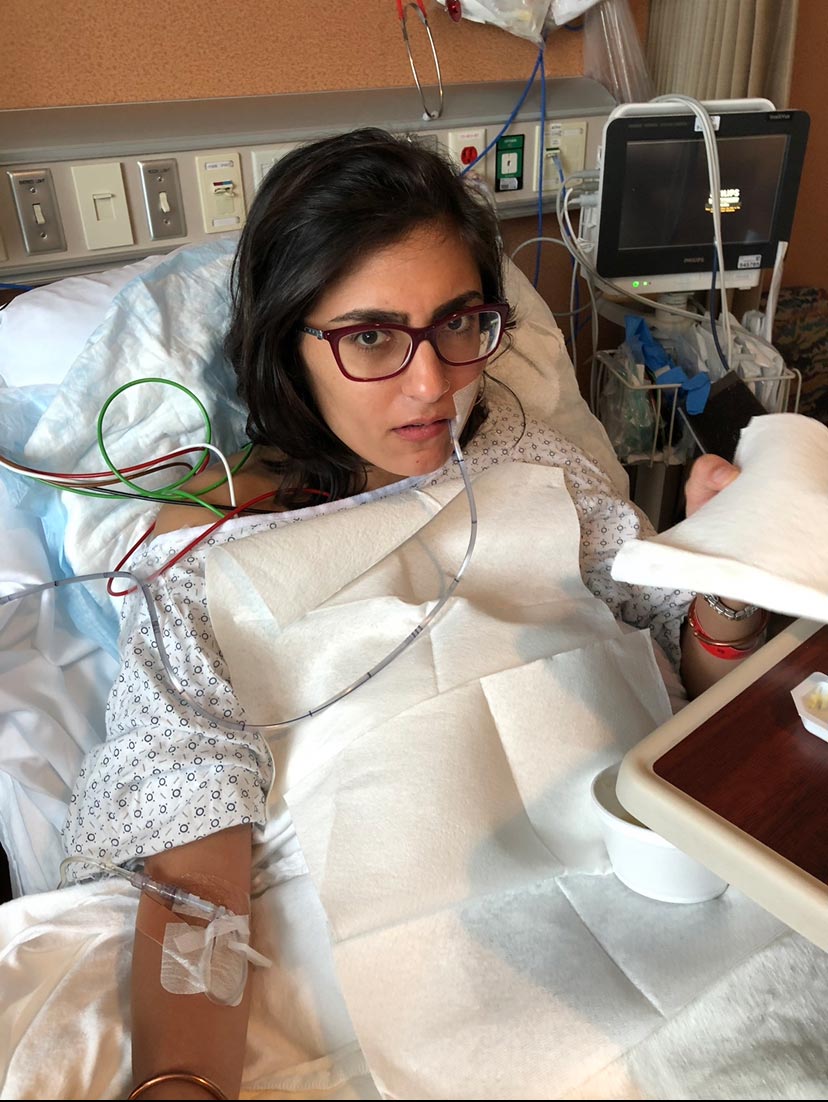 I returned home from the Mayo Clinic in June 2019 and met the top motility specialist in New York for gastroparesis. She did more testing, had me visit with her dietitian and put me on medications to reduce nausea and help me go to the bathroom, from Plecanatide to Domperidone and more recently, Prucalopride. While this cocktail of medications has helped significantly, I’ve also needed significant dietary changes, acupuncture and pelvic floor physical therapy to help keep my bowels moving. And if all of this isn’t enough, I still keep developing SIBO. SIBO, for me, tends to come from constipation, which means that even with all these medications and dietary changes, my motility is too slow and results in bacteria continually overgrowing in my intestines.

I am now at a crossroads. I’ve been living with what I think is chronic, refractory SIBO for the last 15 months since right before the pandemic. I’m awaiting an upper endoscopy with a SIBO aspiration and I am desperately hoping we can figure out what’s growing inside so that I can treat and manage the SIBO symptoms better going forward.

I don’t know what my journey holds but I do know this: I have been through worse and I will get through this too. I hope my care team can get to the bottom of this soon so that I can eat a bit more freely and have quality of life again.

Wishing you all love, light and peace. May we all get a reprieve from devastating functional gastrointestinal disorders and experience better health.