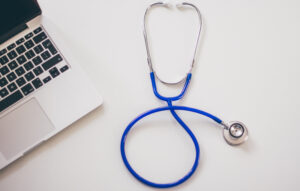 Until the mid-twentieth century, all treatment was empirical. Healers relied upon their collective and individual experience to select the best remedy for a patient’s complaint. Even today, most treatments are trial and error. Physicians, almost unique among healers, have sought scientific bases for their treatments, and their most powerful tool is the randomized clinical trial (RCT).

Medicine traces its roots to Hippocrates, a 5th Century BC healer and author of aphorisms such as “above all do no harm” that underpin much of the profession’s ethical philosophy. However, all societies have healers who, like early doctors, were ignorant of the scientific method. During the age of enlightenment, physicians through observation and experiment made discoveries that slowly produced a rational basis for treating and preventing disease. Observing blood flow in the arm veins, Harvey in 1628 described the circulation. A century later, Withering observed that the leaf of the purple foxglove (digitalis purpurea ) improved many patients with dropsy (edema).

Such early discoveries underlie modern heart treatments. In 1799, Jenner’s observation that milkmaids who acquired cowpox did not subsequently get smallpox led to vaccination and the science of immunology. In the nineteenth century Semmelweisz through hand washing between obstetric cases, and Lister through aseptic surgery prevented the spread of disease and began modern infection control. These and other observations changed the practice of Medicine from one rooted in superstition and tradition to a discipline that applied the sciences of Anatomy, Physiology, Bacteriology, and Biochemistry.

Despite these advances, there was little progress in the evaluation of medical treatments prior to World War II and dangerous therapies such as blood letting and purging persisted. To be sure, some treatments are so dramatic that sophisticated evaluation seems redundant. From ancient times, it has been known that the surgical drainage of an abscess (a collection of pus in the tissues) was curative and possibly life saving. When Banting and Best gave their pancreatic extract to a dying diabetic boy, he dramatically improved. Fleming’s accidental discovery that a mold inhibited the growth of bacteria led to penicillin’s life-saving use for infections. Such dramatic cures required no RCTs.

Why do we Need RCTs?

These discoveries revolutionized how physicians thought and practiced, and greatly augmented their effectiveness in curing disease and relieving suffering. However, most medical treatments achieve much less dramatic results: some people seem to improve, some not, and some worsen. To evaluate their overall benefit, sophisticated human trials are required.

Clinical trials occur everyday. The healer administering a treatment believes it will make the treated person better and in turn convinces the patient. If the outcome is good, everyone is content. Unfortunately, it is possible that “everyone” has been deceived.

Even if a medicine has known pharmacological effects, a single happy result is not proof that it is truly effective. This is because of possible bias. If both healer and patient believe a treatment is effective it is more likely to be so (Thompson WG. Placebos. Participate 2002; 11:4-5). Moreover, in many cases patients recover naturally. Improvement after a treatment reinforces belief in its worth. Colds run their course in a week, so cold remedies appear successful.

Some would argue that if a person feels better after a treatment, why question it. Apart from the personal and public deception countenanced by such an attitude, there are practical reasons to be skeptical. Drugs are costly, and almost all have side effects that offend Hippocrates’ aphorism. One harmed patient is justified only if the disease is serious and many others can expect some good. Unproven treatments raise false hopes and detract from better ones. Thus drugs, indeed all treatments, require scientific evaluation.

Since improvement of a single patient convinces few that a treatment is effective, practitioners may cite a series of patients. Surgeons may claim that a specific operation cures most of those with a disease. When a drug is apparently successful in several patients, physicians may become enthusiasts. Both are subject to bias. Moreover, early success through natural forces or happenstance reinforces their confidence in a remedy and they spread the word. This phenomenon generates many useless treatments. For inexpensive, harmless treatments of minor illnesses, little may be lost, but consider the potential harm of greatly publicized, but ultimately worthless cancer cures!

To eliminate bias, 1930s researchers devised the RCT. Its central features are: (1) all entered persons have a similar illness and are equally likely to receive the treatment to be tested or the control (placebo or other treatment); (2) that the measure of treatment success (e.g., an outcome such as pain relief) is decided in advance; and (3) that all engaged parties are unaware (blinded) as to whether an individual subject is receiving the test treatment or the control. The full term is randomized, placebo-controlled, double-blind clinical trial.

Randomization means that the study patients are randomly selected for exposure to the treatment or the control so there is little possibility that the two groups of patients differ in age, sex distribution, or other possible bias. All entrants must resemble those with the disease that may be the treatment’s eventual recipients. Placebo-controlled means that the drug’s effect is compared to that of placebo. Usually, the placebo is a pill outwardly similar to the test drug. To prove effectiveness, the drug must demonstrate statistically better outcomes than the control. Double-blind implies that neither patient nor treating physician knows whether a treatment or placebo is used. Since measures of success are often subjective, double blinding minimizes biased conclusions.

Use of RCT Results

When applying the results of a clinical trial to practice, physicians must select patients who are similar to those who underwent the appropriate trial, and whose complaint fits the benefit established by the trial. Alas, in real life, exact fits are elusive and a doctor must judge many factors when choosing a treatment for a particular patient. Nevertheless, controlled trials provide solid information to guide decision-making.

Before potential treatments can be tried in people, they first are studied in laboratories to determine potential toxicity. Treatments having acceptable safety profiles and showing the most promise are then moved into clinical trials. Trials are conducted in four phases, each with a different purpose:

RCTs are required by regulatory authorities such as the U.S. Food and Drug Administration, who must approve new drugs before physicians may prescribe them. The approval process is long, arduous, and expensive. The failure of new products to be released in a timely manner frustrates many, but the alternative is to permit uncontrolled use of expensive and potentially harmful drugs.

Some trials are inconclusive, often because of insufficient patients, or results that conflict with others. Epidemiologists may conduct systematic reviews of all the reported (and acceptable) RCTs hoping the summed data will be more convincing. Several contentious issues were settled in this manner, but the results are believable only if the reviewed trials employ similar patients with similar diseases, similar trial design, and similar outcome measures. It is also essential that all such studies are included. (Negative ones are often unpublished.) These conditions are too often unmet.

The Subjects of a Clinical Trial

Subjects in RCTs are people like you and me. Without them new drug testing could not occur. Whether or not they derive any benefit from participation, they perform a valuable public service. However, those invited to participate in a controlled trial should consider several issues.

Will being in the trial help me?

This depends on many things. Obviously, if you are receiving the active drug and the drug (as proven by the trial) actually works, you will have benefited. However, it is possible that you will receive the placebo, or the drug is ineffective, or you might be one of a few in whom an effective drug fails. Nevertheless, there are less-tangible benefits. A trial offers the opportunity to learn about your disease. You may interact with experts and learn of the efforts at cure. The period of close observation by doctors and nurses can have health benefits unavailable to those not in a trial. Occasionally, a trial provides an early opportunity to receive a truly advanced treatment.

Who is doing the trial?

One is reassured if the trial is conducted in a university hospital or family practice establishment with RCT experience. Usually a pharmaceutical company funds the research, but institutional ethics committees must approve all proposed trials. Such committees also evaluate the value and safety of the trial. The principle investigator for the study site is a physician knowledgeable about the drug and disease under study. No trial can proceed without a competent study nurse who monitors patients’ progress, collects data, and oversees conduct of the trial. Study coordinators and statisticians manage the collected information.

Will I be harmed by the trial?

It is impossible to guarantee complete safety. Nevertheless, drugs are extensively tested before trial, and most RCTs are safe. For non-fatal, non-debilitating diseases, a drug with possible serious outcomes is unlikely to be approved. For cardiac disease or cancer however, some degree of risk is acceptable, provided the benefits are sufficient. In the end, you must make your own judgment. Nobody should enter a trial without giving informed consent, and you should feel free to seek advice or withdraw at any time. The principle investigator should describe the treatment, and how it might improve your condition. He or she should explain all known and theoretical risks as well as the probability that you may receive the placebo. The Declaration of Helsinki outlines the elements of informed consent and the ethics of human experimentation.

What is informed consent?

Should I participate in this trial?

As a prospective participant you should satisfy yourself that the conditions described above are in place and that the results of the study will be published whatever the outcome. You should also accept the disruption of your life by trial routine and prohibition of certain drugs, foods, or pregnancy. If, in addition, you are comfortable with the study personnel you should consider it. In the end, you must feel that treatments for your disease are presently unsatisfactory and be committed to helping find new ones.

An RCT’s essential elements are randomization, preordained outcome measures, and blinding. RCTs are necessary to justify the use of new drugs for specific complaints, but most existing drugs lack such justification. We also need RCTs for other treatments such as surgery, psychotherapy, or alternative medicine. Prospective trial subjects should insure that their consent to participate is informed.