As my plane landed in Washington, DC, I could see the iconic sites out the window. It’s almost impossible not to be affected by them. My eyes gazed over the Washington Monument, the Jefferson Memorial, and settled on the Capitol. That stately building was my destination.

Over the next couple of days I would be facilitating conversations with legislators about something that is important to me. Functional gastrointestinal and motility disorders (FGIMDs) were on my agenda. I was ready for IFFGD Advocacy Day.

Things started out on Tuesday night with an informal reception and dinner where I got to meet everyone. People had come from my state and from a few others. Some had been there before and some hadn’t, but everyone was really welcoming, friendly, and ready to get things started.

We were privileged to be joined by Stephen James, M.D., the Director of the Division of Digestive Diseases at the National Institute of Diabetes and Digestive and Kidney Diseases (NIDDK) which is part of the National Institutes of Health (NIH). Dr. James gave us an overview of how the NIDDK conducts and supports research. We learned that one out of 10 grants are able to be funded which left me wondering what could be discovered in grants that are not able to be funded.

As I got to talking to my fellow advocates I realized how diverse and yet how similar our stories were. There were those who talked about their own journeys and others who talked about their daughter’s, their sister’s, their nephew’s, or their husband’s. I was struck by a common theme. Each person told a story about illness, about doctor’s offices, about disruption to their lives and diets, but each one had a smile on their face. The positive outlook that each advocate had was inspiring and only added to my excitement as I looked ahead to the following day.

After a good night’s sleep, we reconvened for a breakfast meeting to prepare for our day on Capitol Hill. We were divided into four teams. Each team would visit the Senators and Representatives of the group members.

I was paired with advocates from New York, Virginia, and the District of Columbia while those from Pennsylvania, Wisconsin, and North Carolina comprised the other teams. 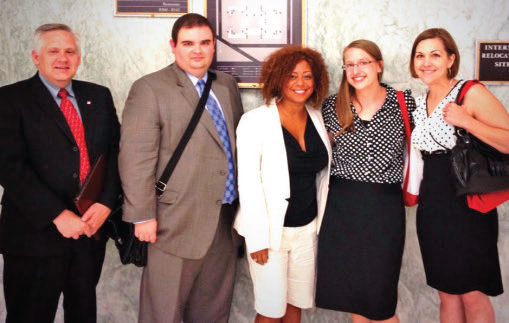 A request to cosponsor the FGIMD Research Enhancement Act. In the House, the Act has been introduced and therefore has the bill number H.R. 842; however, the Senate still needs a sponsor to introduce the legislation.
Continued funding for the Gulf War Illness Research Program – our military service members are experiencing symptoms of functional gastrointestinal disorders upon returning from deployment.
Continued research funding at the National Institutes of Health (NIH). The National Institute of Diabetes and Digestive and Kidney Diseases (NIDDK) is part of NIH and is where most of the federally funded FGIMD research is conducted.
Support of the National Pediatric Research Network Act which will create a pediatric research consortia and advance research to help understand conditions like FGIMDs in kids. The act has passed in the House and is waiting to be passed in the Senate.

U.S. Capitol Building
And thus began our trip to meet with our legislators. 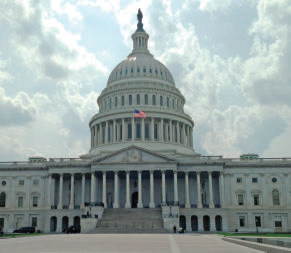 This was my second Advocacy Day and only my third time meeting with Congressional offices. Despite my experience, I couldn’t help but feel a little apprehensive. I could sense the same mixture of excitement and nervousness on the faces of my fellow advocates, but in the end the excitement outweighed the nervousness and during our first office visit, my team established a rhythm.

We started by defining what a functional GI or motility disorder is. We then told our personal experiences and how FGIMDs affect our lives or the life of someone we love. After that, we asked them to support items from our legislative agenda. Then we answered any questions that the offices may have had.

Some offices had heard of FGIMDs, while others were learning about these disorders for the first time. One staff member told us not to “mince words,” as he really wanted to hear what it was like to live with a disorder. So we told him – and everyone else we visited that day. Each office listened attentively and took notes on what we were saying and I left each one feeling satisfied with what we had done.

We left the Capitol with a sense of accomplishment, realizing that the first step to making a difference is to talk about these disorders. In all, IFFGD advocates visited 26 offices spreading the word about FGIMDs and helping legislators understand the problem that so many others in the country are facing.

And I can’t help but feel like it worked! Just days after our time on Capitol Hill, H.R. 842 received another cosponsor in Representative Gerald Connolly (VA-11). Seeing such an immediate and direct response to our request shows that our efforts can and do make a difference.

I look forward to the 2014 Advocacy Day and appreciate having the chance to speak out about something that is important. 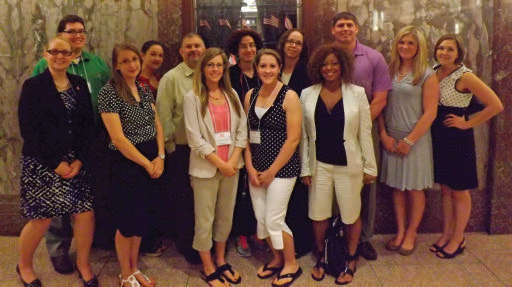