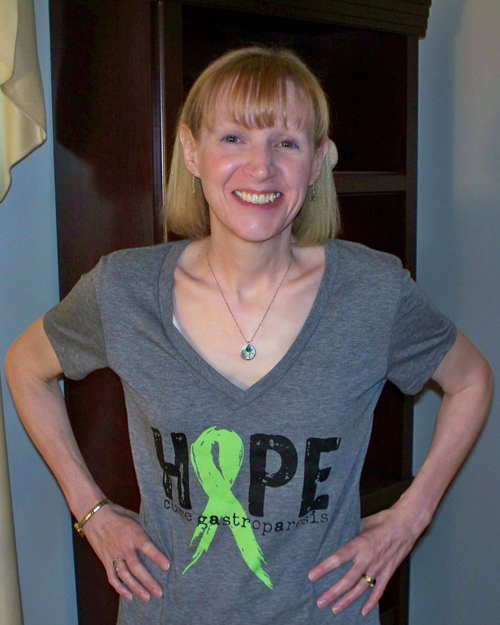 Melissa
Indianapolis, IN
Gastroparesis
May 15, 2014

On April 22, 2014, I met with Congressman André Carson (IN) to discuss the Functional Gastrointestinal and Motility Disorders Research Enhancement Act of 2013 (H.R. 842) and provide him with some additional information regarding these disorders. Congressman Carson regularly holds outreach events in his/my district with the intention of hearing about issues and concerns important to his constituents, so he was most willing to listen to my request.

I provided Congressman Carson with some basic information about gastroparesis (the particular condition from which I suffer), an outline of H.R. 842 and its progress in the House, and a list of co-sponsors who had already signed on to support the bill. Mr. Carson was very gracious and seemed genuinely interested in supporting the bill. He thanked me for bringing the issue to his attention, directed his staff to review the matter further, and informed me that he would like to sign on as a co-sponsor. He officially signed on as a co-sponsor of H.R. 842 on May 1, 2014. Mr. Carson also indicated that he would be interested in posting information about this issue on his web sites in order to increase awareness.

In addition to meeting with Congressman Carson, I contacted every member of the House Subcommittee on Health, all of the current co-sponsors, and my two senators (in the hope that they would agree to introduce a version of the bill in the Senate). Although I have yet to receive a response from these individuals, I hope to continue my efforts to persuade them to support this crucial bill.

If you have ever considered being an advocate for digestive health issues, I strongly encourage you to do so. It has been my experience that our representatives are very willing to listen to concerns and actually welcome information about issues of importance to their constituents. You can make a difference!