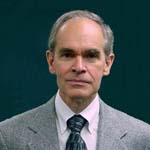 Dr. Whitehead is the recipient of the IFFGD 2003 Research Award to Senior Investigator, Clinical Science. Dr. Whitehead’s research interests include the physiological and psychological mechanisms for symptoms of functional GI disorders; development and validation of diagnostic criteria for functional GI disorders; pathophysiology of anorectal disorders; and biofeedback treatment of fecal incontinence (also known as bowel incontinence) and constipation.

I have been extremely fortunate to be able to spend a lifetime doing what I enjoy most – clinical research. The National Institutes of Health (NIH) made this possible through an NIMH Research Career Development Award that I held for 22 years and through multiple project grants that have made it possible for me to spend virtually all of my time in research for the past 30 years. I hope the body of work that has resulted has benefited patients and advanced science; I know it has been fun. So I would like to take advantage of the IFFGD’s invitation to summarize my research to also thank the NIH for their support, and to thank the IFFGD for giving me the 2003 Award for Excellence in Clinical Research.

My earliest and abiding interest has been the role of visceral perception in health and disease. At first, I was interested in this because I thought it might play a role in biofeedback training, i.e., that people might learn to control their heart rate or other physiological responses during biofeedback training by learning how to perceive these responses.

I devised ways to measure how well people could detect heart beats and gastric contractions and examined whether this predicted how well they could control their heart rate[1] or their gastric motility[2]. Differences in visceral perception turned out not to be critical to biofeedback learning[3], but I learned that there are wide individual differences in people’s ability to perceive visceral responses and that people can learn to improve their ability to perceive these internal events when they are provided with feedback on their accuracy.

I next began to speculate that differences in visceral perception might play a role in certain disease processes. This led my colleagues and me to demonstrate that the ability to perceive rectal distention is critical to the ability to voluntarily control defecation, and that impaired sensation can be the cause of incontinence[4]. Later my laboratory[5] and other investigators[6,7] were able to show that sensory discrimination training enables many fecally incontinent patients to recover bowel control.

Together with Marvin Schuster, I also began in the late 1970’s to investigate the role of visceral sensation in the etiology of irritable bowel syndrome. Our 1980 study[8] showed that IBS patients have a reduced tolerance for pain due to distention of the bowel, and in 1990 we showed[9] that this increased pain sensitivity is specific to the gastrointestinal tract and does not include increased sensitivity for somatic pain.

These were not the first studies to show that IBS is associated with visceral hypersensitivity – Ritchie’s 1973 paper was the first. Nevertheless, these papers helped to focus the attention of GI researchers on pain sensitivity, and helped to make this the dominant hypothesis to account for the pathophysiology of IBS. As a result, drug companies now focus their development programs on finding ways to reduce visceral pain sensitivity.

My research mentors at Johns Hopkins, Bernard Engel and Marvin Schuster, had first described the biofeedback treatment of fecal incontinence in 1973[10]. When I joined them in 1977, I began studies of the application of biofeedback to special populations including geriatric patients[11] and children with spina bifida[12]. We were able to show that biofeedback is as effective in geriatric patients as it is in younger patients and that actual biofeedback is more effective than pelvic floor exercises alone[11].

In children with spina bifida, we found that biofeedback did not add to the benefit these children obtained from behavioral training in toileting skills unless they had low and incomplete spinal cord lesions associated with frequent, loose stools.

We first provide education and systematic medical management to all incontinent patients and found that 30% achieve satisfactory relief, just as Christine Norton’s data suggest. The patients who were satisfied with education did not receive further treatment.

However, the two-thirds of patients who did not receive sufficient benefit from education were then randomly assigned to receive biofeedback or control treatment, and the majority of them subsequently achieved satisfactory relief of fecal incontinence.

This study is not yet finished so we have not tested whether biofeedback is more effective than a placebo control condition, but we believe we will be able to show that biofeedback is more effective than education and good clinical management. We are also carrying out a parallel study to test the efficacy of biofeedback for outlet dysfunction type constipation in comparison to education plus medical management and in comparison to a placebo control.

Early on we noted that IBS tends to run in families: IBS patients often report that their parents had similar symptoms[14], and the children of IBS patients are more likely to be brought to the doctor for gastrointestinal complaints[15]. Because this could provide an important clue to the causes of IBS and to its prevention and treatment, we carried out a number of studies of this phenomenon over the years. When we asked adults with IBS to recall how illness was dealt with in their childhood, many of them reported that their parents behaved in ways that may have led them to become hypervigilant to GI symptoms and to interpret GI sensations as symptoms of disease[14,16].

Together with Rona Levy and other colleagues at the University of Washington and Group Health Cooperative, we were able to confirm this when we interviewed children and their parents[17]. We also studied twins and were able to show that heredity as well as early learning contributes to the intergenerational transmission of IBS[18]. We have translated these research findings into a treatment program for recurrent abdominal pain in children, which is currently being evaluated. Other goals are to develop educational brochures to help parents learn ways of interacting with their children that do not encourage the development of IBS.

It is striking how often patients with IBS report that they also have other disorders such as fibromyalgia, chronic fatigue, jaw pain, and headaches; these and other somatic disorders occur more than twice as often in IBS patients as they do in the general population[19]. This phenomenon, which is referred to as comorbidity, is important to understand because it is associated with more severe IBS and greater impairment in quality of life.

If we could understand why this occurs, it could provide clues as to what causes IBS, and it might suggest new approaches to treating this disorder. Consequently, a current focus of our research program is to identify which other disorders occur at increased frequency in IBS patients and to examine whether depression and other psychological symptoms may contribute to its occurrence. We are approaching this problem through surveys of large groups of patients as well as through physiological studies.

My earliest study of the behavioral treatment of IBS was a small study comparing biofeedback to stress management training[20]. This showed that stress management is both more effective and better tolerated than invasive biofeedback for treating IBS, and I abandoned biofeedback for the treatment of IBS. Recently, Doug Drossman and I completed a large multi-center treatment study which showed that cognitive behavior therapy is superior to an education placebo, and when we restricted the analysis to patients who took the medication, we showed that desipramine is superior to placebo pills[21]. We are awaiting a decision on a grant application to extend this study by looking at combination therapy, i.e., antidepressant plus cognitive behavior therapy. There are precedents in other disease areas to suggest that the effects of antidepressants and psychotherapy may be additive or synergistic.

Olafur Palsson and I have also begun to investigate hypnosis for the treatment of IBS. We developed a scripted version of hypnosis (so that our studies could be replicated) and showed that this version of hypnosis was as effective as the less structured form of hypnosis used by Peter Whorwell in England[22]. Unlike cognitive behavior therapy, which improved the patient’s overall sense of well-being but not specific symptoms of IBS, hypnosis decreased abdominal pain and altered bowel habits.

We believe this scripted version of hypnosis has the potential to make this very effective psychological intervention available to primary care physicians. A major obstacle to the use of psychological treatments for IBS has been their cost (7 to 12 hour-long sessions) and the fact that psychologists and other specialists who can provide these treatments are not available in many communities.

We created audio CDs with our scripted hypnosis instructions and have shown in a pilot study that patients can use these CDs to treat themselves without the direct supervision of a therapist[23]; improvements in IBS symptoms were comparable to treatment by a live professional and were superior to usual medical care. [These CDs are not yet available to the public.] We plan to test this self-administered treatment plus low dose desipramine (another treatment that can be used safely by primary care physicians) in a clinical trial in which we will evaluate combined treatment (hypnosis plus desipramine) as well as hypnosis and desipramine alone to see if the results of the two treatments are additive.

As a part of the 2021 anniversary events, IFFGD created the “Where Are They Now?” interview series designed to allow the gastrointestinal community to reconnect with past IFFGD Research Award winners. We conducted over 30 interviews virtually, to learn about the journey our research winners took and what current research topics they might be working on today. To find out where research award winner William E. Whitehead is today, watch their interview here.