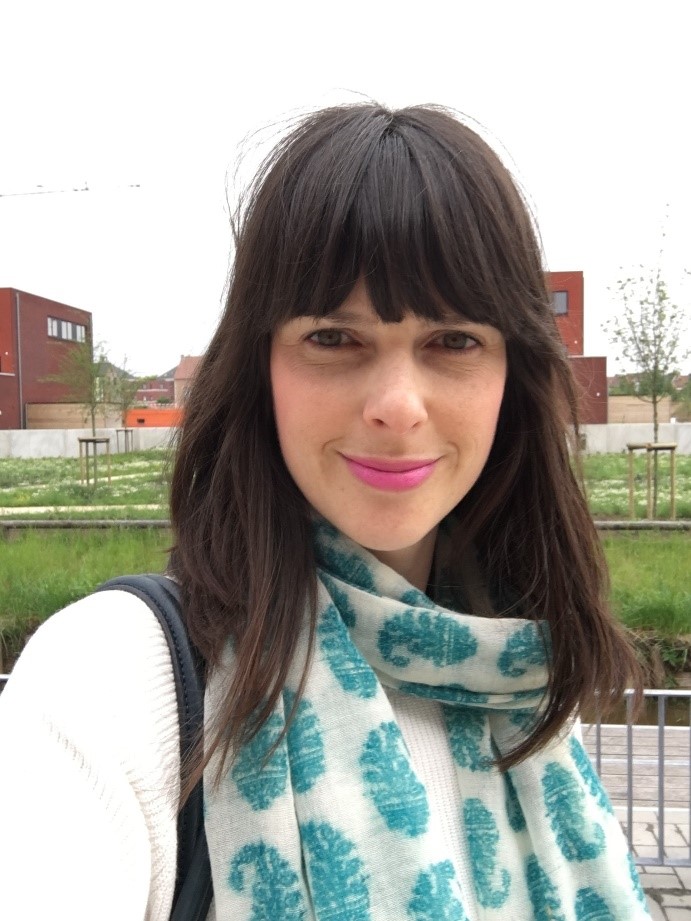 Dr. Pauwels began her research career at the Translational Research Center for Gastrointestinal Disorders (TARGID) at the Catholic University of Leuven in Belgium where she studied gastroesophageal reflux disease (GERD) in patients with cystic fibrosis, looking at both typical and atypical symptoms of reflux disease.

After obtaining a scholarship from the Research Foundation Flanders in 2013, Dr. Pauwels started her post-doctoral fellowship at TARGID under the supervision of past IFFGD Research Recognition Award recipient, Dr. Jan Tack, MD, PhD.

She is currently investigating the mechanisms of symptom generation in reflux hypersensitivity and functional heartburn as well as the overlap between GERD and functional dyspepsia and other esophageal disorders, such as rumination syndrome, supra-gastric belching, and extra-esophageal symptoms of reflux like chronic cough and globus.

In the long-term, she would like to establish an independent research group specializing in the pathophysiology of GERD.

Question: You were presented with a 2018 IFFGD Research Recognition Award for your work on the underlying mechanisms of symptom generation and expression in individuals with GERD. What led you to this field of study?

Answer: I have a background as a pharmacist, and while working in a pharmacy, I noticed that some types of medication are used very frequently. One of the medications are proton pump inhibitors (PPIs), used to reduce gastric acid secretion. I wanted to know why there is such frequent use of this type of medication, and ended up starting a PhD position at the University of Leuven.

The research question I looked at during my PhD was to entangle the prevalence, the mechanisms, and the influence of GERD in patients with cystic fibrosis (CF). During my PhD, I expanded my research to other extra-esophageal symptoms of reflux disease, such as chronic cough. While finalizing this PhD project, I noticed that many adults deal with symptoms of heartburn and regurgitation every day, and that there is a need for a better understanding of the pathophysiology before we can ultimately find appropriate treatment modalities for these patients.

A: During my PhD, it was sometimes very difficult to motivate patients with CF to participate in the studies. This is often easier in patients with reflux disease, because they display more symptoms compared to the CF population, and are therefore somewhat more willing to help us understand the cause of their symptoms.

Secondly, finding funding for our studies is often very difficult, and this award is really helpful in showing the funding agencies that the research we are conducting is very important for all the patients.

On a personal note, being a mother of two young children, finding a balance between my personal life and life as a researcher has been quite challenging.

Q: Your recent work has explored how esophageal sensitivity (the responsiveness of the esophagus) is influenced by psychosocial factors, such as stress and the presence of anxiety or depression, and the potential role of serotonin in mediating symptoms. While much has been written about brain-gut interactions, this has generally meant the lower gut. Do you see investigation of brain-esophagus interactions as the next step?

A: This is definitely a direction I want to go to with the research I am performing. Together with my PhD students and in collaboration with Professor Lukas Van Oudenhove in our lab, we are trying to find out which brain regions are involved when patients with functional heartburn or reflux hypersensitivity are exposed to acid and we want to compare this with healthy volunteers. Ultimately, we also want to explore whether neuromodulators could influence this brain response to physiological amounts of acid.

Q: Another focus of your research has been the overlap of GERD with other gastrointestinal and non-gastrointestinal conditions, such as CF, functional dyspepsia, and other esophageal disorders. How common is it for individuals with GERD to have other co-occuring conditions?

A: It is very common for patients with reflux disease to have co-morbidities. Not only do we see a huge overlap with symptoms of functional dyspepsia, but 5–30% of patients with GERD in the general population display symptoms of irritable bowel syndrome (IBS) and almost half of the IBS population display symptoms of reflux disease. We found that anxiety and depression are common in these patients, but more importantly, we also showed that levels of anxiety are associated with symptom perception. Therefore, I strongly believe that we need to make a shift to a more personalized medicine, where we look at individuals, rather than groups of patients.

Q: You state that in the long-term you would like to establish an independent research group specializing in the pathophysiology of GERD. What do you envision to be the primary outcomes of the group?

A: I believe there is still a great amount of work to be done in investigating the underlying factors in symptom generation in patients with GERD. If we could solve a piece of the puzzle and explore the relationship between brain and esophagus, I would be very happy. Besides that, I also would like to see this in a bigger picture; often motility is altered in GERD patients, and we still do not know if this could be the cause of the symptoms or if this is the consequence of having pathophysiological reflux.