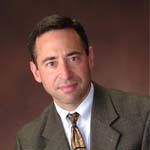 Dr. Pezzone is the 2005 recipient of the IFFGD Basic Science Research Award to a Junior Investigator. Dr. Pezzone is the principle investigator of a National Institutes of Health (NIH) study that looked at the pathways of neurogenic cross-sensitization of pelvic viscera and its implications for the overlap of irritable bowel syndrome, interstitial cystitis, and other chronic pelvic pain disorders.

Chronic pelvic pain (CPP) is the key element comprising several CPP disorders that are all characterized by intermittent or continuous pain of at least 6 months duration localized to the pelvic area, the lower part of the abdominal cavity. Bowel, lower urinary tract, sexual, and/or gynecologic function are often affected. In our novel experimental model, we provided compelling evidence of neural cross-talk and bidirectional cross-sensitization in the pelvis.

Because bowel, lower urinary tract, sexual, and gynecologic function are all inter-related, the pelvic organs and structures require an integrated neural control mechanism to permit cross-organ communication or “cross-talk.” The pelvic organs and structures communicate through nerve connections or reflexes either directly or via convergent pathways. We propose that through these same pathways, which are important for carrying out normal pelvic physiologic function, “cross-sensitization” can develop. This hypothesis could help explain the common overlap of chronic pelvic pain disorders.

In our novel experimental model, we provided compelling evidence of neural cross-talk and bidirectional cross-sensitization in the pelvis.

As we learn more about the origin and development of these disorders, including their overlap and the role of mechanisms involved with disturbances of sensory afferent nerves, we may be able to treat these disorders more holistically and more effectively.