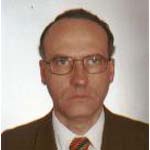 Dr. Dumitrascu is the recipient of the 2003 IFFGD Research Award for International (Developing Nation) Investigator. Dr. Dumitrascu’s main interests are in functional gastrointestinal (GI) and motility disorders, epidemiology, and clinical trials. He has produced over 120 papers and authored or contributed to 15 books. He authored the first Romanian book on GI manometry and was the first East European to join the Functional Brain Gut Research Group. He is also the associate editor of the Romanian Journal of Gastroenterology and a member of the editorial committees of several journals in Romania and France.

Quality of life is frequently impaired in patients with chronic gastrointestinal symptoms. The self-perception of the quality of life depends on the patients’ own abilities to cope with the distress of the illness. Usually individuals who are better able to adjust to their illness perceive the quality of life as being higher.

A poor psychosocial adjustment to illness, in turn, reflects a more severe impairment of the quality of life. The adjustment to illness is impaired to varying degrees in all patients with GI illnesses including those with upper gastrointestinal symptoms, as well as IBS.

Poor illness adjustment also means low quality of life. The approach to patients with impaired psychosocial adjustment to illness should include work with patients as a means to help improve coping strategies.

As a part of the 2021 anniversary events, IFFGD created the “Where Are They Now?” interview series designed to allow the gastrointestinal community to reconnect with past IFFGD Research Award winners. We conducted over 30 interviews virtually, to learn about the journey our research winners took and what current research topics they might be working on today. To find out where research award winner Dan L. Dumitrascu is today watch their interview here.