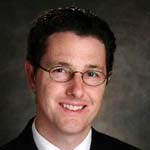 Dr. Spiegel is the recipient of the 2007 IFFGD Research Award for Junior Investigator – Clinical Science.

Dr. Spiegel’s research interests have focused on acid-peptic disorders, chronic liver disease, gastrointestinal hemorrhage, and functional bowel disorders such as irritable bowel syndrome (IBS) and dyspepsia. His primary research is to define strategies to improve the quality and cost-effectiveness of care for patients with IBS and dyspepsia.

Toward that end, he has studied the cost-effectiveness of various tests in IBS including the role of colonoscopy and testing for celiac sprue. Dr. Spiegel is particularly interested in the role of the physician-patient relationship in IBS, and has conducted a randomized control study comparing a “model physician-patient relationship” versus usual care in the management of IBS.

Although irritable bowel syndrome (IBS) is extremely prevalent, affecting up to 15% of the general population, diagnosing IBS is not always straightforward. Properly diagnosing IBS can be challenging and uncertain for several reasons, including:

1) there is currently no consistent biological marker of IBS, leaving clinicians to rely on patient symptoms alone to make the diagnosis;

2) the symptoms of IBS are often difficult to objectively quantify, both for patients and their doctors; and

3) many other conditions can masquerade as IBS.

The last fact is most troubling to clinicians and patients, many of whom remain unsettled by the prospect of overlooking alternative diagnoses such as inflammatory bowel disease, infections, small intestinal bacterial overgrowth, celiac sprue, or colon cancer, among many others. This uncertainty often prompts a series of diagnostic tests to exclude alternative conditions. In other words, many clinicians approach IBS as a diagnosis of exclusion, largely because IBS is a sort of “clinical chameleon.” That is, many clinicians work to exclude other conditions before settling on the diagnosis of IBS.

Guidelines State that IBS is Not a Diagnosis of Exclusion

Despite the tendency to order diagnostic tests in the face of IBS symptoms, the diagnostic criteria for IBS, such as those supported by the Rome Committee, encourage clinicians to make a positive diagnosis on the basis of validated symptom criteria, and emphasize that IBS is not a diagnosis of exclusion despite the extensive list of other conditions that masquerade as IBS.

[1] This recommendation is based on extensive evidence that diagnostic testing is generally very low yield in patients with IBS who otherwise lack alarming signs or symptoms (e.g., blood in the bowel movements, unintended weight loss, anemia, etc.).

[3] So, patients should ask their physicians if they “meet the Rome criteria.” If they do, then there is a 98% chance that their diagnosis is, indeed, IBS – not something else.

The current Rome guidelines for IBS state that IBS can be diagnosed in the absence of “alarm features,” and is “often properly diagnosed without testing.”[1] Doctors routinely screen for “alarm features,” including unintended weight loss, bloody bowel movements, recurrent vomiting, fevers, or chills, and iron deficiency anemia, among others. These features are relatively straightforward to detect.

When alarm features are present, the diagnosis of IBS should not be made. However, the part about diagnosing IBS “without testing” can be murky ground for clinicians. This clinical asterisk is understandably difficult for many clinicians to reconcile, and some argue that it raises more questions than it answers. Questions like: What diagnostic tests, if any, should be performed before clinicians can reliably diagnose IBS?

Is it really possible to make the diagnosis without any information from diagnostic testing? Or should a basic blood count, chemistry panel, and stool occult blood test, at the very least, be checked in all potential IBS patients? What about testing for celiac sprue, or bacterial overgrowth? Both of these conditions are known to mimic IBS. And so forth.

This uncertainty leads to rampant diagnostic testing in IBS. For example, community-based surveys reveal that up to 50% of IBS patients receive a colonoscopy in the course of diagnostic evaluation.

[4] Moreover, studies show that 25% of all colonoscopies performed in the United States are for IBS-type symptoms, and 10% of colonoscopies in patients under 50 years of age are conducted in evaluation of IBS symptoms.

[5] Normally, patients under the age of 50 do not need colonoscopy for colon cancer screening, so performing colonoscopy in this group is probably low yield in general unless there are specific signs or symptoms (e.g. blood in the bowel movements, iron deficiency anemia, etc).

Perhaps even more surprising, a recent study from a large managed care organization found that IBS patients are more likely to have their gallbladders, appendices, and uteruses removed compared to matched controls without IBS, despite knowledge that IBS symptoms almost invariably persist following these surgeries.

[6] The high rate of excess abdominal operations in IBS suggests that some surgeries may serve as “diagnostic tests” to evaluate symptom response after removing potential culprit organs – the ultimate exclusionary maneuver in IBS.

To better understand current diagnostic decision making in IBS, we performed a national vignette survey to measure provider beliefs about whether IBS is a diagnosis of exclusion, and sought to measure beliefs about the appropriateness of commonly available diagnostic tests in IBS. We then compared beliefs between a group of 45 recognized experts in IBS and a group of randomly selected community providers. We found that only 8% of IBS experts endorsed IBS as a “diagnosis of exclusion,” whereas 72% of community providers shared this belief.[7]

We found that providers who believe IBS is a diagnosis of exclusion ordered 1.6 more tests and consumed $364 more in diagnostic testing per patient vignette than those who did not (p<0.0001). Using a standardized definition of “appropriateness,” we found that experts only rated celiac sprue screening and a complete blood count as generally appropriate first-line routine tests in IBS. In contrast, community providers rated complete blood counts, a full chemistry panel, stool studies for white blood cells, and stool studies for parasites as consistently appropriate.

Yet even the experts had extreme variation in their opinion about the appropriateness of many tests, including the need for routine colonoscopy. In short, experts were more likely than non-experts to comply with published guidelines, but both groups demonstrated variations from guidelines and internal inconsistencies in their beliefs about diagnostic testing.

Why do providers continue to order tests in IBS, despite data that these tests are generally low yield? That is, why is there mismatch between academic theory and clinical reality?

In light of the medical-legal interface in the United States, one possibility is that some clinicians believe that diagnostic testing is a form of inoculation against litigation. But clearly this is a sub-optimal reason to pursue diagnostic testing for any reason, and data from our group and others indicate that the quality of the physician-patient relationship is among the most important determinants of how a patients fares,[8] and is likely a more important predictor of litigation than whether or not a doctors performs tests just for the sake of testing.

A second possibility is the belief that even normal diagnostic tests are useful, because they can allay patient concerns about serious illness and provide reassurance. Yet we have shown that a normal colonoscopy, in particular, is not associated with reassurance or improved quality of life in young IBS patients.

[9] In fact, we found a non-significant trend towards less reassurance in patients receiving a negative colonoscopy (versus no colonoscopy at all).

A third possibility is that IBS patients with multiple aches and pains are sometimes misclassified as having several underlying medical conditions, and subsequently undergo sequential diagnostic tests to chase the symptoms. In a recent study, we found a strong relationship between the amount of symptoms a patient reports and the amount of diagnostic testing they receive from their doctor.

[10] Yet, when there are multiple aches and pains in a patient with IBS, it does not necessarily mean that there are many concurrent conditions. Instead, it is possible that many of symptoms are related to a process called “somatization,” in which the body has a propensity to accentuate certain pains – something that is known to occur in functional gastrointestinal disorders like IBS. Doctors who know this may be more likely to identify the process for what it is, rather than chase down each individual symptom with yet another diagnostic test. There are treatment approaches for this that can be promptly started without having to perform endless testing.

This is simply not debatable, particularly in light of evolving data that IBS patients are a mixed group with a core of so-called “pure IBS” surrounded by small sub-sets of alternative diagnoses such as celiac sprue, bacterial overgrowth, and other masqueraders. This concept is always sitting in the background, and doctors and their patients simply need to keep it in mind. At the same time, it is important to remember that underlying alterative diagnoses are very rare.

Yet despite this reality, patients and their doctors should keep in mind that time is on their side in IBS. In the absence of alarming features, the IBS masqueraders are typically chronic conditions with slowly progressing disease processes or natural histories, which can be diagnosed. Moreover, colon cancer is no more common in IBS patients than persons without IBS, and patients over 50 years of age should receive colorectal cancer screening regardless of IBS symptoms. Assuming there are no alarming signs or symptoms, clinicians should focus less on diagnostic testing and focus more on:

Ultimately, patients and their doctors should use their judgment, and must reserve the right to investigate further if the IBS doesn’t “follow the script,” so to speak, either because of a poor response to therapy, worsening of symptoms over time despite treatment, or development of new alarming features like blood in the stool, unintended weight loss, or anemia, among others. Like most things in medicine, diagnostic testing in IBS remains a balance of art and science.

Where is Dr. Brennan Spiegel Now?

As a part of the 2021 anniversary events, IFFGD created the “Where Are They Now?” interview series designed to allow the gastrointestinal community to reconnect with past IFFGD Research Award winners. We conducted over 30 interviews virtually, to learn about the journey our research winners took and what current research topics they might be working on today. To find out where research award winner Brennan Spiegel is today watch their interview here.