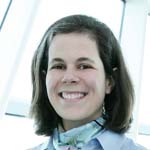 Dr. Rosen was the 2005 recipient of the IFFGD Research Award to Pediatric Investigator, Clinical Science. Her current research focuses on the role of non-acid reflux in symptom development in children.

Children under the age of 18 have the highest rates of acute respiratory diseases of any age group; more than 30,000,000 visits are made to pediatricians and family practitioners each year because of pediatric respiratory conditions.

Many of these acute illnesses progress to chronic respiratory diseases such as asthma, which result in significant morbidity and mortality. Despite excellent medical therapy, the prevalence rates of chronic respiratory disease remain high; the prevalence rates for asthma, for example, have increased steadily to 126 children per 1,000 who have a diagnosis of asthma. [Affairs, A.M.A. Council of Scientific Affairs., Childhood asthma: emerging patterns and prospects for novel therapies (A-02). 2000.]

Because of the large public health impact of chronic respiratory disease, pulmonologists (doctors who specialize in lung disorders) and otolaryngologists (doctors who specialize in ear, nose, and throat disorders) have been actively searching for a cause for these high rates of disease. One factor implicated as a cause for respiratory disease is gastroesophageal reflux (GER).

Prior literature has focused on the role that acid reflux plays in the genesis of respiratory disease. The current “gold standard” diagnostic tool used to evaluate for GER is the pH probe which measures the amount of acid reflux entering the esophagus over a 24-hour period. Despite acid blocking medications, some patients continue to experience severe respiratory symptoms that resolve after patients undergo anti-reflux surgery. One explanation for this is that patients are experiencing reflux that is missed by our currently available tests and that is not effectively treated by acid suppression medications.

This reflux has recently been termed “non-acid reflux” and is defined as reflux with a pH greater than 4. Prior pediatric studies have shown that between 30–88% of reflux in children is non-acid. Non-acid reflux is a particular problem in pediatrics because children are fed more frequently than adults and the majority of non-acid reflux occurs in the period after mealtime (post-prandial) when stomach contents are neutralized. Additionally, there are many children that are continuously fed through gastrostomy tubes such that the pH of the stomach is neutral for the majority of the day.

Non-acid reflux is measured using a new tool called multi-channel intra-luminal impedance (pH-MII). The pH-MII catheter is a small tube that is inserted through the nose into the esophagus and is identical in size to the standard pH probe. The catheter remains in place for 24 hours during which it continuously measures the amount of both acid and non-acid reflux that is entering the esophagus from the stomach.

Another significant advantage to pH-MII is the ability of the catheter to measure the height of the refluxed stomach contents; impedance sensors are positioned throughout the esophagus so clinicians can determine if reflux extends along the entire length of the esophagus and even up into the mouth and potentially the airway. Pediatric studies have suggested that the pH-MII catheter is as sensitive as the pH probe in the detection of reflux.

This tool has been very useful in the evaluation of patients with atypical reflux symptoms (such as asthma, chronic cough, laryngitis, chest pain) and in patients who continue to have symptoms while taking acid blocking medicines. Studies in adults and children have shown that the addition of pH-MII monitoring significantly improves the physicians’ ability to diagnose reflux-related disease. In studies of infants, the use of pH-MII has been particularly important in clarifying the relationship between respiratory diseases.

Because the understanding of the role of non-acid reflux is in its infancy, very few studies have addressed the treatment options for patients with pathologic non-acid reflux. Adult and pediatric studies suggest that proton pump inhibitors such as omeprazole and lansoprazole do not decrease the total amount of reflux in patients. Instead, they convert the reflux from acid to non-acid reflux which may explain why some patients continue to have symptoms despite therapy with proton pump inhibitors.

Adult studies have suggested that therapy with the drug baclofen (a GABA agonist), which decreases the amount of esophageal sphincter relaxations (the main cause of reflux), or anti-reflux surgery may effectively treat non-acid reflux. In pediatrics, pH-MII has been used to evaluate other reflux therapies such as body positioning, tube feeding, and thickening of feeds. All of the therapeutic studies have involved a small number of patients and additional data on the treatment of non-acid reflux is needed.